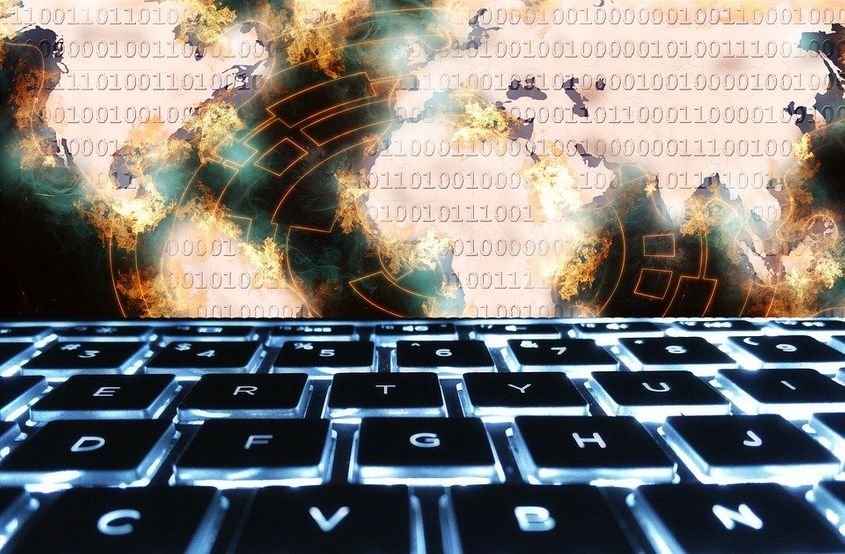 Short Notes:
Antivirus software is designed to protect your computers from the virus. Some of them are trojans, bots, worms and other malfunctioned programs that can damage your system. Free vs paid antivirus software let us see what are the key differences between free antivirus software and paid antivirus. If you are a pc user then you are on verge of free antivirus is device restricted that is, only applicable to a single device or monitor. It may not allow protection in some of the sensitive areas like online banking or online money transactions. Free antivirus comes without any technical support that is you can’t contact the server if you are facing any problem or if it is a paid version then surely you can contact and they. …

Antivirus: anti + virus made up of two simple words and explains all the meanings associated with the individual words.

Anti: being against and virus: being something not required or disease for the device.

Together forming antivirus with the meaning: something which is fighting against the virus.

Not allowing the virus to come inside.

Before moving in the depth of explaining as to what is Antivirus. Consider it with an example:

Antivirus is the same as the White Blood Cell (WBCs), these are the cells that are present in our body and fight against the germs and infection.

They don’t allow different types of bacteria and viruses to come inside our bodies.

They resist and fight with them.

Even if some of them manage to enter then the rest of the WBCs try to eradicate them from the body.

The same is with the antivirus, they reside (installed) in the computer and fight against the external virus which might enter during downloads or from not updating the system for a long time.

This is what an antivirus does.

From the topic, it is pretty much evident that there are two types of antivirus one being the paid and the other is free (broadly classifying).

Now, most of the users face this problem which is better free or paid antivirus?

Why spend on the antivirus?

Why not free antivirus is not sufficient?

How much to pay?

Which one is the best among all the antiviruses?

Now the questions like these will get solved as we move ahead with the article.

What is antivirus software?

Most of us are aware of antivirus and the above description that I made, have given you all idea of what antivirus does. Antivirus software is designed to protect your computers from the virus.

Some of them are Trojans, bots, worms and other malfunctioned programs that can damage your device and might even hack your system by penetrating your system.

Without the antivirus, chances can be there that the user downloaded any file or movie and along with that it has also downloaded an external file that might intrude into your system and damage it.

It should be noted that comprehensive protection offered by any antivirus is considered as the best among the others.

Some of the features that it offers are anti-rootkit, anti malware, bot protection, etc.

Which antivirus suits your computer

Now before moving to the question as to which is better paid or free antivirus software, we should check which kind of antivirus is ideal for your computer or if it is required or not?

Now even before moving into the type of antivirus required.

You should be sorted as for what you are wanting the antivirus for PC or Mac?

Both of these works entirely differently.

If you are a Mac user then you can calm down as Macs are considered as more impenetrable as compare to the PCs.

The system configuration is sandboxed which makes it pretty much hard for the virus to pass and reach the system. If the communication is cut then there is no scope of corrupting the system and hence our system is safe.

Due to all these reasons, hackers also don’t target Macs, well they do but only a few of them can crack the code rest are not capable of doing it.

However, it should be noted some of the strong viruses can accumulate and can also reach inside of Mac as well. so it is better to opt for antivirus.

As rightly said Prevention is better than cure.

But if you are a PC user then you are on verge of imbibing virus into your system. The risk is higher in PCs as compared to Macs. Even hackers can easily hack the PC configuration.

Hence it is advisable to go for a good paid antivirus in order to provide high security level from viruses and hackers.

As the name suggests you need to pay for these types of antiviruses. It performs basic functions in order to protect your device or set up from the virus. it helps protect your PC from the commonly known viruses.

Apart from this, it also blocks the dangerous files, like the one which gets downloaded during the other downloads. It even warns you against the suspicious sites which are meant only to spread the virus.

In all these ways it helps you to protect your computer from the external sources. It should be noted that free antivirus is device restricted that is, only applicable to a single device or monitor.

You can’t monitor two devices with the same antivirus if it is free.

It might not allow protection in some of the sensitive areas like online banking or online money transactions.

Neither it will protect your videos, photos, and music. Extended features like protection against the personal firewall, parental control are not offered in the free version.

These are some of the key and important features of the free antivirus software. I hope the picture is getting slightly clear to you.

Now coming on the elite version of antivirus software that is the paid ones.

As the name suggests these are the antivirus which you need to purchase online or offline and then further install it in your device or computer.

It is not that readily used in the market as far as considering the market now but yet contends itself to be the leader of the next generation.

It is pretty much known that once we pay for certain things, then automatically it tends to offer much more than the free ones in order to bind their customers with them.

Somewhat it is true with the paid antivirus software as well. However, it offers a great set of features along with protection.

It also prevents malicious attacks on the system.

The best part about the paid ones is that allows you to secure other devices as well. Like if you downloaded and installed on your desktop, it not only protect your PC but will also protect other devices like your mobile, PC and even Mac. This feature is not available if you opt for the free antivirus.

Some of the sensitive sections like net banking, online money transfer is also protected. It gives you great control over your private data and files and tends to protect them all.

Apart from these functions, it offers a set of complementary functions like anti-spam, anti malware, parental control (in order to keep children safe from the darker side of the web).

Photos and some of the memories you never want, that something happens to them like the file getting corrupted or indulging any sort of virus. thus, paid antivirus also provides protection and passwords for your precious memories of photos, videos and also music.

Also, it should be noted that different antivirus offers slightly different features depending upon the brand you choose and also the pack you want.

But generally, the above features are universal for all the types of a paid antivirus.

The risk involved in the free antivirus software

Now the thing is even after having the options available, we normally use the free antivirus software.

If you have are among one who is currently using the free version or if you are planning to opt for free antivirus then do have a look at the risk involved with it.

As seen fromall the points and comparisons, one thin gis pretty much clear that paid antivirus is far better than the free ones. They comprise of different types of features and also technical support.

They are just more than antivirus.

Allowance of different types of features put the paid antivirus on a verge.

Moreover, if you are Mac user then you might just go for a free version as Macs are difficult to penetrate but then like stated above some of the viruses can come inside Macs as well.

Whereas if you are a PC user then you should defiantly opt for a paid antivirus as it will not only protect from just a virus, it will provide you other essentials features as well.

Rest the final call is of yours only. 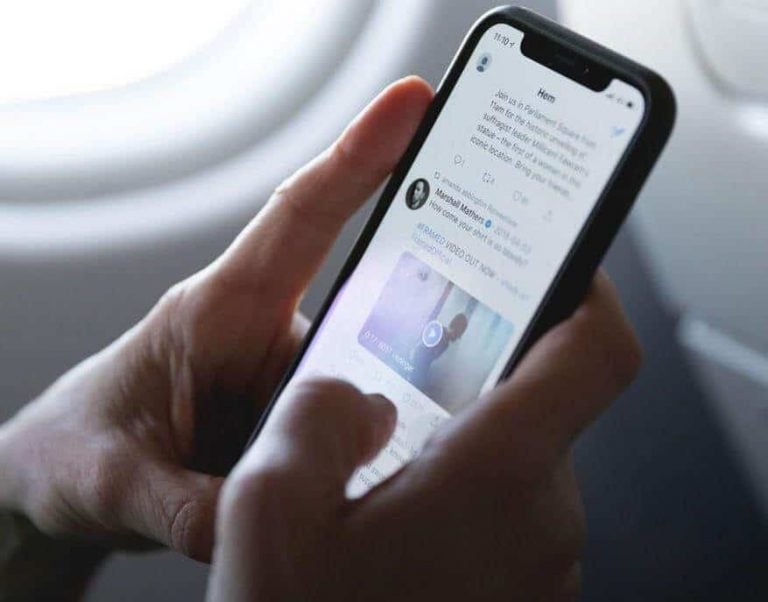 Every 90s kid would know how we fantasized moving portraits from Harry Potter. That dream has not yet fulfilled completely but a part of it for sure has been. Thanks to GIFs we can share any emotion or feeling that can’t be expressed in words, can be shown using GIFs. Of course, videos are always… 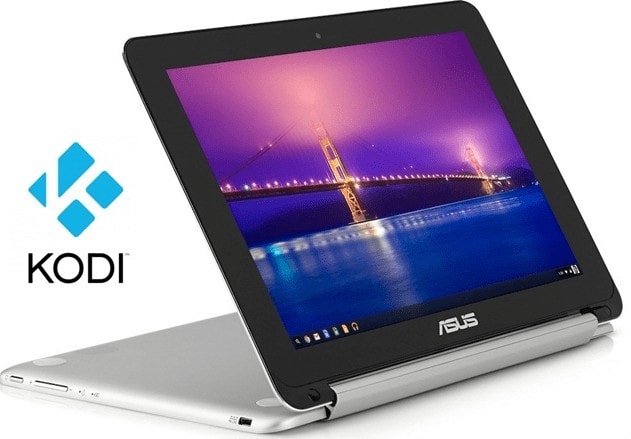 Do you want to play and view streaming media such as videos, music, podcasts and on demand HD movies. Are you searching for the best media player to play your favorite show then Kodi is one of the best choice. Yes! Kodi is a free and open source media player software application which was developed…

Hey, guys we are back with another interesting topic as well as a very important discussion. Today’s topic is all about Craigslist posting software. Well, we have quite a number of softwares easily available on the internet but this article will show you the best software that you can use in 2020. So if you… 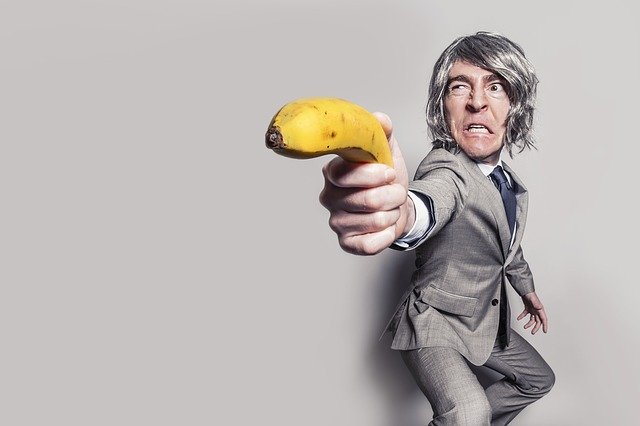 Every time we pick up a phone when we hear a call, how do we identify who is the person calling us? We look at the caller’s ID information appearing on the screen. This can help us identify if the caller is known or unknown. Anyone can trespass this verification, and this may lead to…

Life has been very cold since we were born, we always needed some heat to keep ourselves warm. But when the heat surpasses the warmth we needed, it becomes irritating. Boiling blood is always unstable. So we again try to find out a way to cool ourselves down! “The thing with heat is, no matter…