Skip to content
Short Notes:
Kodi is an app that can be side downloaded on a jail broken fire stick. Stremio add-on stremio add-ons include eztv and yts. It is one of the best torrent servers on you tube original content unlimited library youtube is one of the few add-ons that come preinstalled with the app. Professional creator zooqle old and new content amazing quality links zooqle does. It uses torrent trackers from the likes of as films streamed here are copyright free, you don’t have to worry about breaking copyright laws. . …
Contents show
1 Introduction
2 Add-ons
2.1 Pirate Bay
2.2 Popcorn Time
2.3 Juan Carlos 2
3 Other Add-ons
3.1 RARGB
3.2 You Tube
3.3 Netflix
3.4 Open Videos
3.5 Zooqle
3.6 Opensubtitles
3.7 Ex Add On

Before we get into telling you all that these are the best add-ons for stremio available right now, let’s see what Stremio is.

Many of you may have heard of Kodi. Kodi is an app that can be side downloaded on a jail broken fire stick. Kodi is essentially a collection of many video streaming software.

Similarly, Stremio is also a media streaming service that has risen meteorically in popularity over the last couple of years. It offers a simple interface that just drowns you into streaming.

But what makes it different and better than Kodi?

The answer to this is that unlike Kodi, stremio add-ons are installed online and thus do not take up any space in local storage. This also means that the add-ons need to be downloaded on one device and it is available on all your stremio devices.

The only advantage that Kodi has over stremio is its extensive add-on library against a handful of stremio.

Of these handfuls, we have selected the very best. Take note!

The Pirate Bay Stremio add-on provides users with access to a viral torrent website, “The Pirate Bay.” With this add-on, the user can stream the content present on the torrent website without the additional fuss of downloading them first on the device. The Pirate Bay torrent houses an unlimited collection of movies and TV shows.

This add-on is available to the user in two versions.

To get these add-ons, a user simply has to go to add-ons section in Stremio and select community add-ons. Both these fantastic add-ons can be found among the featured stremio add-ons.

For streaming on Stremio, these two or one are among the best.

Imagine being a book lover and having access to the biggest and most used libraries at your fingertips. This is what they call happiness, I think. But in our case, we get access to the most heavily used torrent servers globally.

Popcorn time provides the users access to EZTV and YTS, both being the best torrent servers available to us. It allows us to devour their entire library of TV shows, movies, documentaries, and a lot more.

Adding more to this deal, all this content will be delivered to you in high quality. Like the add-ons above and the rest featured on this list, it is one of the best add-ons on stremio.

To top everything off, the content library of EZTV and YTS is continuously updated, which means that there is always something new to watch with popcorn time.

Juan Carlos is a famous add-on, and many add-ons can be found in the community add-ons, which goes by the name of “Juan Carlos.” Everyone has their own perks, the one we will be discussing here is Juan Carlos 2. Juan Carlos 2 is the best among all Juan Carlos present in the list of add-ons.

This (Stremio add-on) is a way to easy and free-flowing torrent streaming. It also boasts a massive database of shows, movies, and much more.

The main feature of these add-ons is its regularly replenishing library. It is made for those who don’t want to miss anything new. If there is something new, it is likely to be found with Juan Carlos 2.

Other little things that add to it is its feasibility to be installed. It can be installed with a single click and does not require any particular set up. With quality streaming, it is one of the top Stremio add-ons on our list.

Of all the above apps, I can singularly vouch for RARBG so that it will not disappoint you anytime soon. I have used RARBG for quite a while and can say it deserves a place on this list.

Like other add-ons, it is also a massive storehouse of content streaming, which ranges from movies to TV shows to documentaries.

Plus, it is not based on one single torrent for its content, which means it provides links from various torrent servers for a movie or TV show.

The user picks the streaming quality from SD to 1080p. There are also some 4k streams available for you to watch. RARBG also takes one click to install, and the library is ready to be served. The endless feast of movies and TV shows is ready to consumed by you.

YouTube is one of the few add-ons that come preinstalled with the app. These add-ons simply help you watch and discover new videos every day as YouTube houses an unlimited number of videos. It is hard for a person to watch everything.

From just a place for some random videos, YouTube has developed to become a vast video streaming platform, and professional creators add to this platform every day. Users can watch trailers for new movies, web shows, and a lot of original content through YouTube.

Netflix is insanely popular nowadays, and this popularity has made it one of the best stremio add-ons to have. Now let’s stream!

This add-on makes your weekend a lot better by providing the entire collection of shows, movies, and web series, available on Netflix. For now, it is only available as a third party community add-on.

It will let you watch its content if you sign in with your existing Netflix account. Another good thing is that stremio does not store your login details.

It only redirects to Netflix’s website when you choose any movie or show to watch, and from there, you can easily log in to your Netflix account. It lets you explore the content library and watch videos you want to.

Free video is an excellent stremio add-on. That’s it. That’s why it is on this list. Before add-ons like Juan Carlos 2 and RARBG, it was all open videos, and it did a pretty good job and still does.

I think it should be on the list. You should know that it existed before everything was immensely popular.

Like others, it is an on-demand add-on for streaming movies, web series, and TV shows. However old it is, it still delivers new content on a regular basis.

All the popular and recent shows or movies can be found here to watch. One of the notable features of this add-on is its ability to lets us decide the quality or the resolution of the content you want to watch. The resolution includes SD, 720, and even 1080p.

Zooqle can easily describe as something that collects related items of content and displays them or links to them. This is what zooqle does. It does not have its parent server to provide content streams for.

So what it does is it uses torrent trackers from the likes of the mega torrent, YTS, RARBG and more to get the best sources out there and put them all in one place and line them according to their quality.

Such occurrence is rare, but the chance is there. Other than the new content, you can also find old movies and shows which other add-ons rarely have. Zooqle is still fresh on the scene, but it has already started making waves around.

Opensubtitles is an official add-on and may or may not come preinstalled with the stremio. It was for those people who want to watch foreign movies without downloading them into their native language. For those who want to enjoy their content with subtitles, opensubtitles is a must-have add-on.

In itself, Opensubtitles is already one of the biggest subtitle providers. People often use it for Kodi as well. It has subtitles for every movie and TV show you can think of and also in every language you can think of.

Want to watch a Japanese drama with English subtitles or an English drama with Japanese subtitles, opensubtitles is the place to go.

Every add-on mentioned above delivers you the most recent and new content except zooqle(the number of old films is still low). But ex add-ons are different. It gives you access to some classics in the public domain.

The public domain encompasses the film, which is copyright free, and if you want to see these, then Ex add-on is a must-have. As films streamed here are copyright free, you don’t have to worry about breaking copyright laws.

The content library is small, but still, it has many exciting movies. 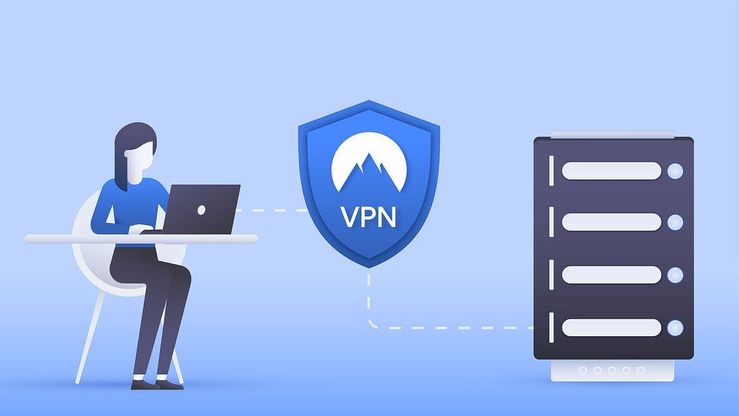 Amazon fire tv stick is a beautiful invention and one of the top streaming devices you will around you today. Amazon fire tv stick looks like this simple, inexpensive gadget. Still, in reality, this little beast of technology can convert any TV into a smart TV in an instant just by plugging the firestick into… 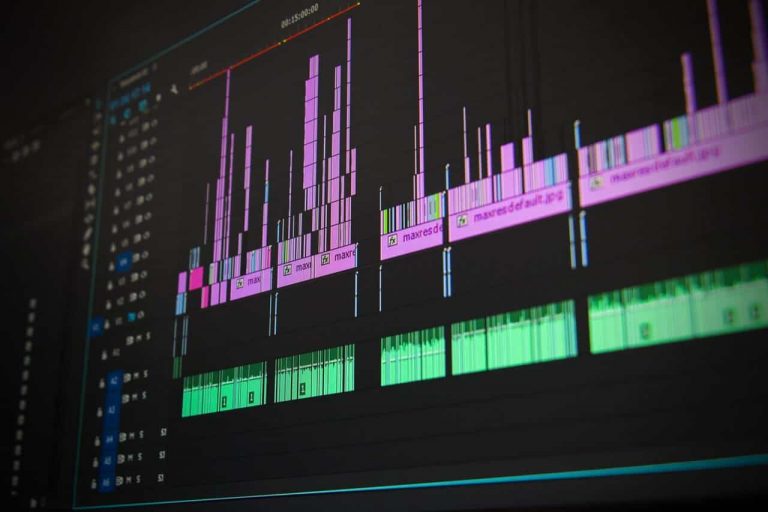 There are lots of ways to produce quality music using a computer, but perhaps the most popular option for musicians and music producers is the music production software known as Fruity Loops. Fruity Loops, or FL Studio, is a program that allows you to create music using samples, sounds, synthesized instruments, and more. Simply put,…

Well, bookmarks are quite useful to us while reading books but only few of us know about bookmarks, which are available in our PC or desktops or laptops. I am damn sure you will be astonished to find that we can have bookmarks on your devices too other than just a book or smartphones. It…

The best part of my life was my childhood. Everyone cared for me a lot. No stress, No tension, No workload, and no studies and Job. Enjoying running between rooms and playing all day long. Toys were my life those days. My dad used to buy me a lot of toys, but I was always… 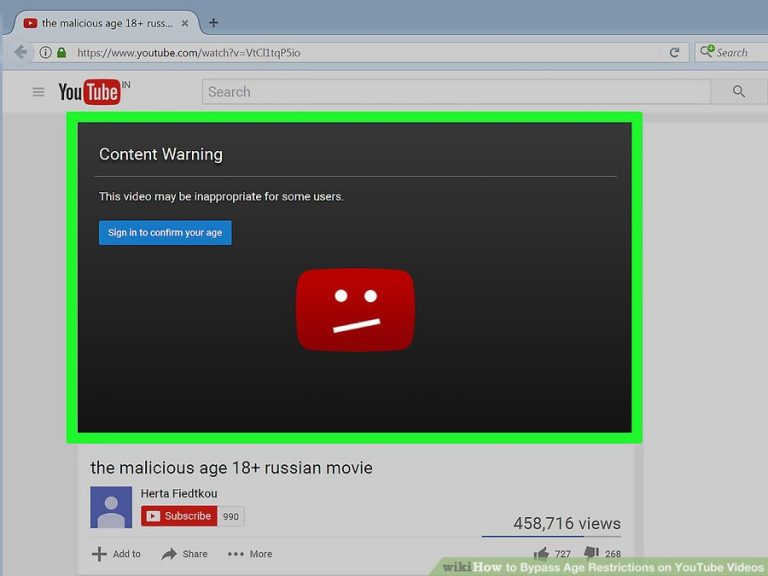 Let’s say you are researching on some topic, and you stumbled upon a great YouTube video, but it is Age-restricted. Now you want to watch this video but don’t want to sign on YouTube, so what would you do? Well, we are here to answer that question for you. There can be many reasons why…